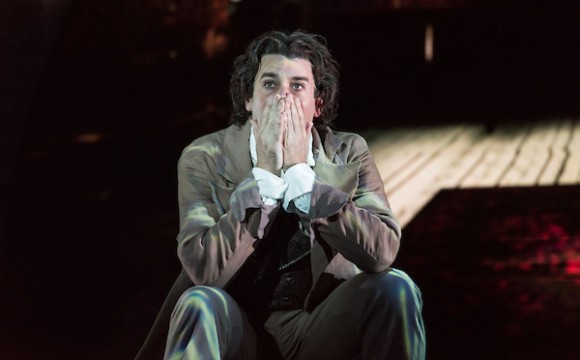 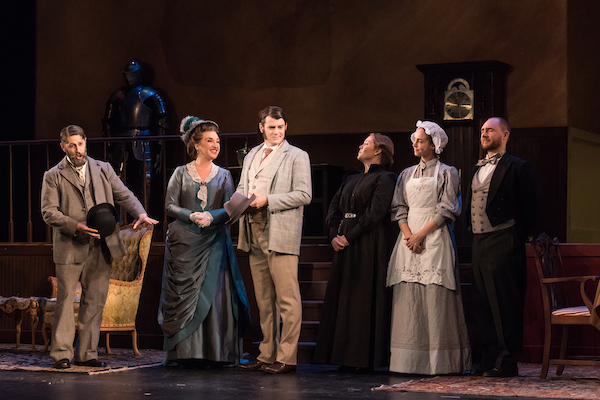 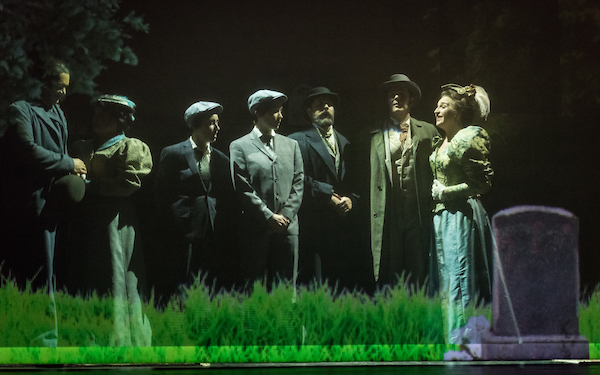 Usher House and Canterville Goast presented by The Center for Contemporary Opera.

The Kaye Playhouse transforms into two different haunted houses in a double bill of operas by Gordon Getty. Writer Edgar Allan Poe takes the stage himself as the main character of Usher House, an unsettling chiller that has all the classic elements of Gothic horror: a high-strung recluse, a beautiful madwoman and a sinister doctor, all hidden away in a crumbling manor house full of secrets. The Canterville Ghost puts a deft comic 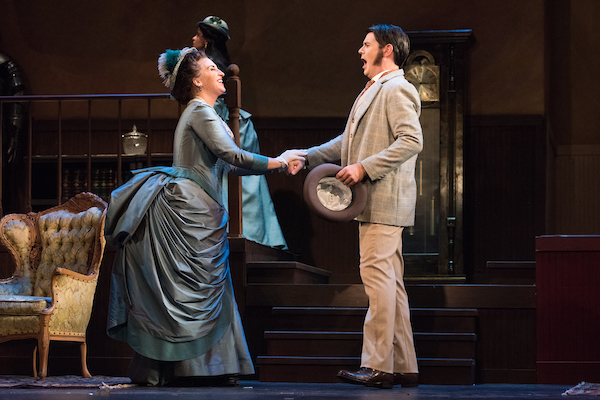 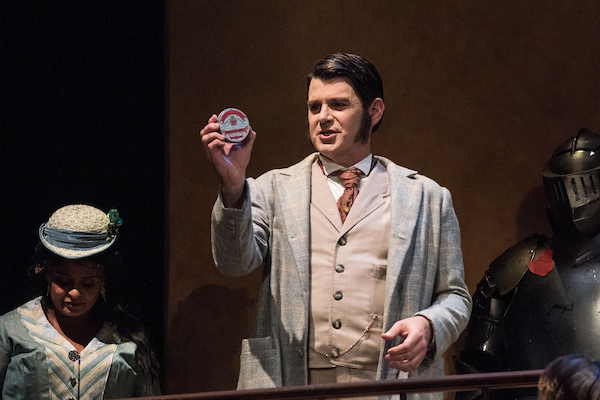 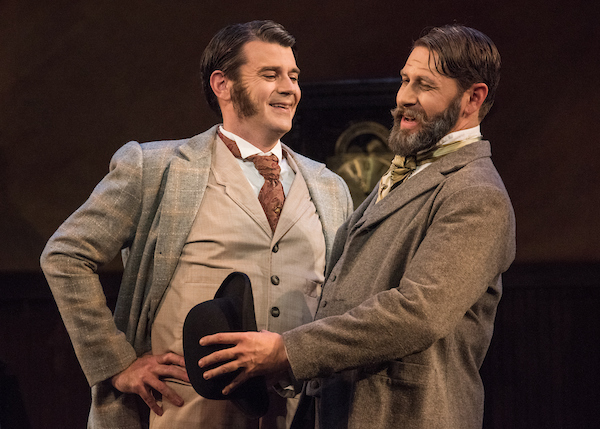 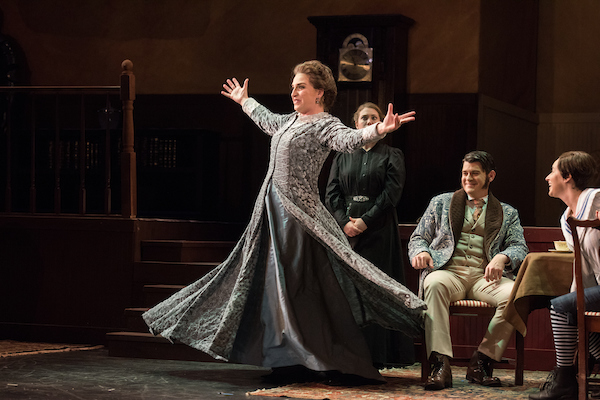 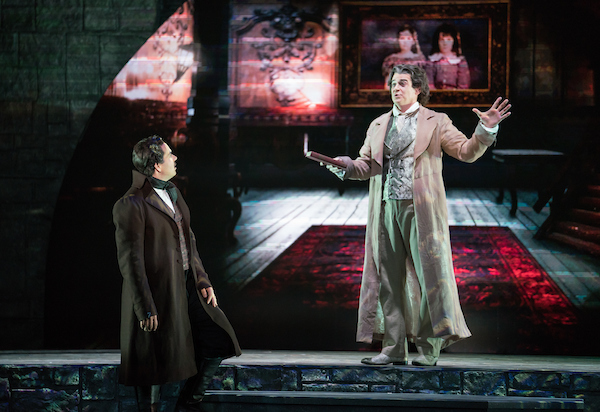 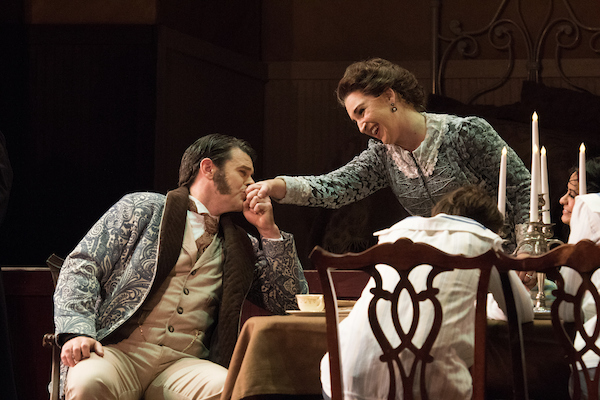 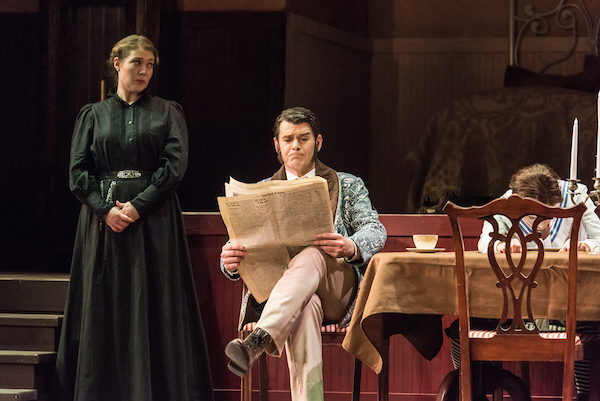 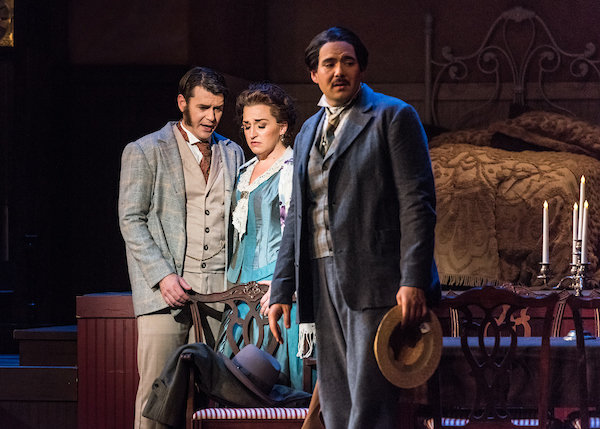 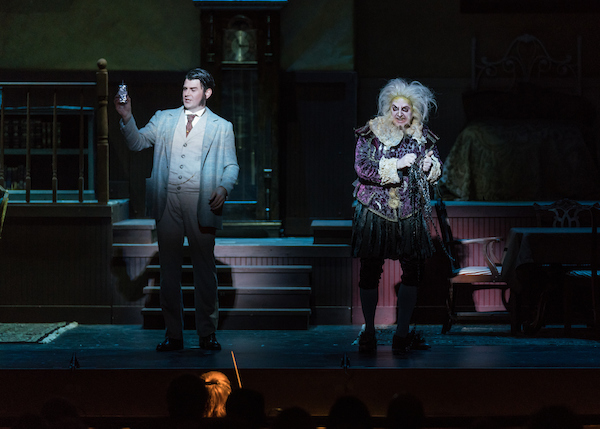 spin on Oscar Wilde’s witty tale, in which the 300-year-old ghost of an English nobleman fails to impress his newest audience, a family of Americans who simply refuse to be frightened.

Roderick Usher is the last surviving male member of his family, living as a recluse in his vast ancestral home with his twin sister, Madeline. She is slowly dying of a disease for which her doctor seems unable or unwilling to find a cause or a cure. Roderick begs an old friend to visit. Shortly after the friend’s arrival, Madeline dies and is buried in a vault beneath the house. In an attempt to calm the increasingly distracted Roderick, his friend reads to him from a medieval romance. As the climax of the tale is reached, the figure of Madeline appears–she had been buried alive and has clawed her way out of the vault to find her brother. Roderick is overcome by horror and as he and Madeline both confront death, the House of Usher collapses around them.

The opera is based on Oscar Wilde’s story of the same name. Sir Simon de Canterville, a centuries-old spirit, tries desperately to scare the current residents of Canterville Chase. But his new “audience,” a family of rich Americans, doesn’t take his ghostly presence seriously. He is admonished by the adults and tormented by the family’s rambunctious two sons. Poor Sir Simon feels like a once-great actor, whose art no longer makes an impression. Only the young daughter, Virginia, feels sympathy for the Canterville ghost. She helps the spirit find his eternal rest in the end.

It’s all in the details! I’m not talking about the thousands of notes that go into every opera production. I’m talking about all the work that goes into styling each performer to make their character believable and help make their story come to life.

* Tip for opera makeup: The most expressive parts of the face are the eyes and the mouth, so to emphasize the drama and the character’s mood I highlight these features with shadows and liners. 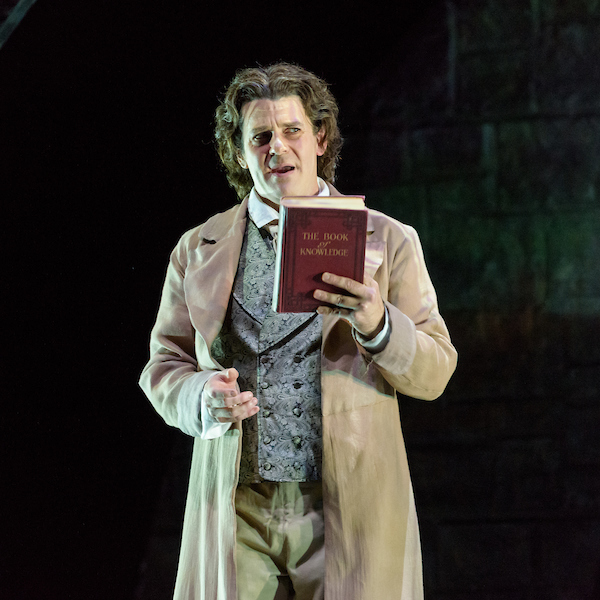 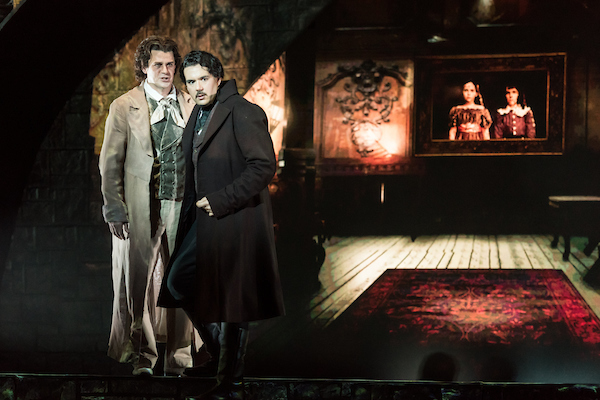 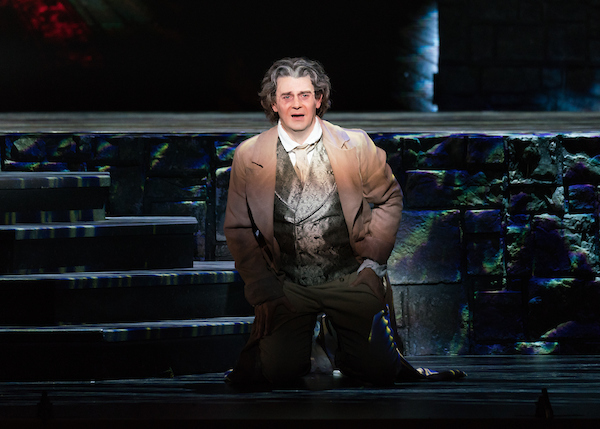 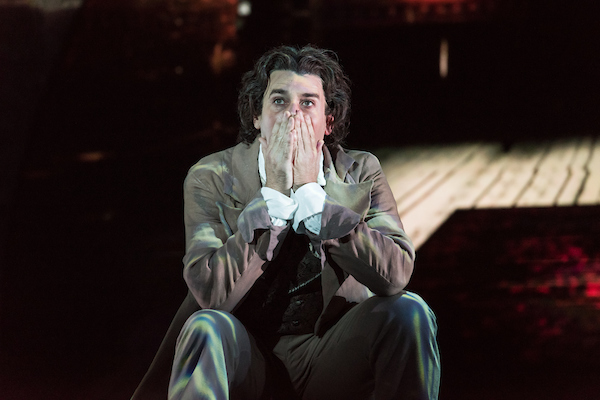 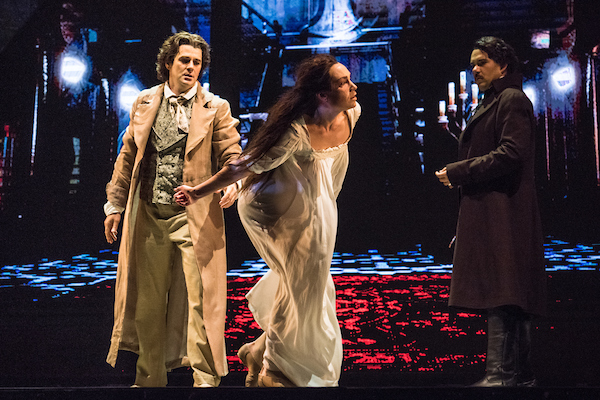 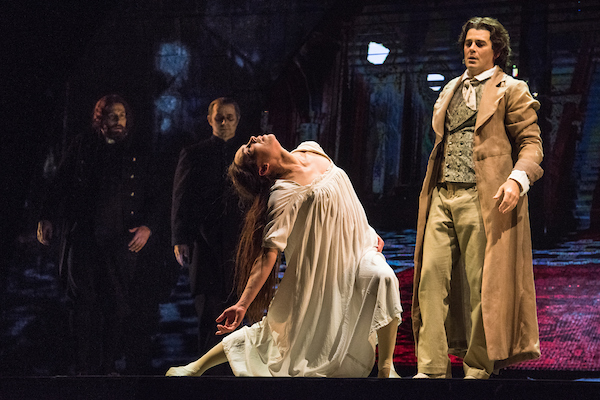 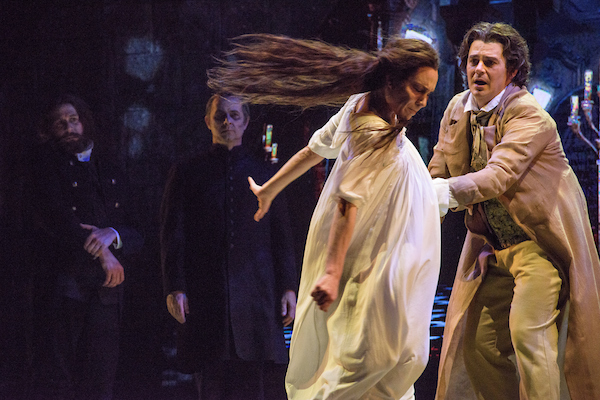 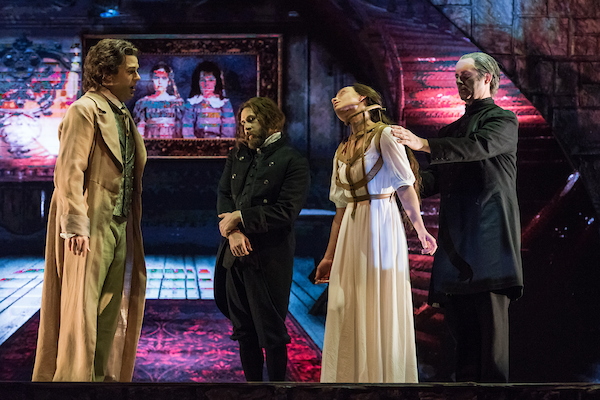 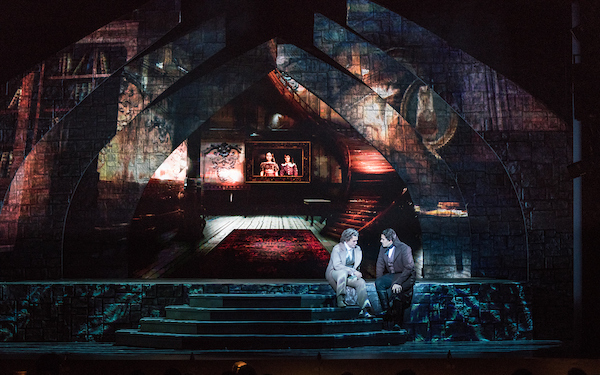 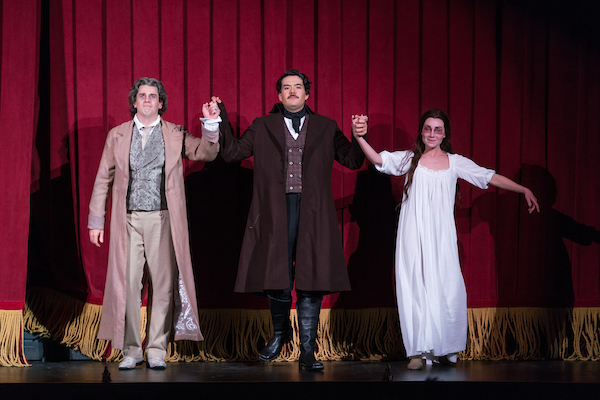