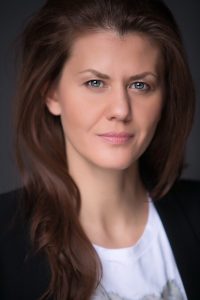 For Yana, beauty is one of the most inspiring forces on the planet. She strives to seek inspiration in all sources: art, people, music, places. It is thrilling to experience the work of other artists. It offers an opportunity to see the world through their eyes. The driving force behind what she does is a goal to find the most captivating essence hidden within each "character" and bring that into reality.

She had the privilege of doing makeup for Addison Timlin on Richard Levine's new movie "Submission". She worked on the Sundance Film Festival Audience Award nominated "306 Hollywood" documentary and the new music videos of Norwegian DJ and record producer Matoma (feat. Josie Dunne), and the singer and Troye Sivan.

Yana is currently available for projects including film, television as well as fashion editorial and runway, or any other project that could flex her creativity.